Definition of Chivalry--"The qualities idealized by knighthood, such as bravery, courtesy, honor, and gallantry toward women" 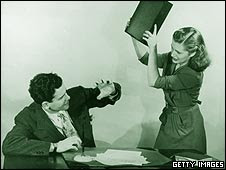 And NO it is not asking for too much from an african man. My brothers, my cousins, my uncles and a number of my good guy-friends display classic examples of good-upbringing. They never get tired of opening doors, carrying heavy stuff and showing total respect. They do not talk down to women, or expect to treated like semi-gods simply because they own a penis. This does not emasculate them in any way, rather it shows signs of a man who is confident enough in himself without having to re-assure himself, the society and his woman who the man is. Respect is reciprocal and is earned, so a woman will respect you if you show her the same level you expect to recieve.
What I do not understand is that black women are brought up from a young age to accept the fact that men can get away with anything simple because they are men. This means that from a young age they are told that your younger brother is more important, is the opara, even though he stupider than you, his word is law. So they naturally give men respect even though they neither earn nor deserve it. So why do black men constantly need to reassure women that they should be given respect even though our women naturally do??? How many cases do we hear of when a black man will put his black woman through but as soon as he gets with a woman of another race cannot try half of the rubbish with her? It is the way we are brought up.
This type of scenario at the party is always a shock to me because I grew up in a household where the women were treated softly and the men harshly. My brothers dared not cross the girls because if we told dady, he would always take the side of the girls. So many times I would beat up my brother for no reason, and he would not dare report, but they could never lay a finger on me or even raise thier voice because my dad would not hear of it. He taught my brothers that women should be treated with more respect than men because they were women, full stop.
So everytime I seem shocked when I come across chauvanistic men, my friends always look at me like chai this girl were you not raised in the same Nigeria that we all are? It is a man's world, the earlier you accept it, the better for your blood pressure.
Knowing how stubborn I am, I guess I am going to die from high blood-pressure!! LoL!
Enjoy
Miss B
xoxo 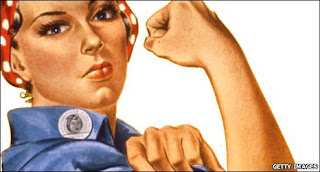