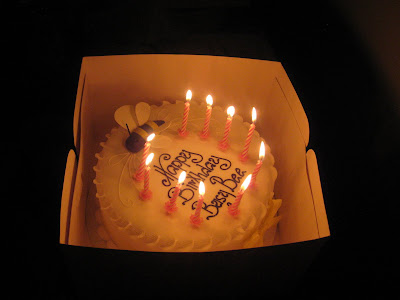 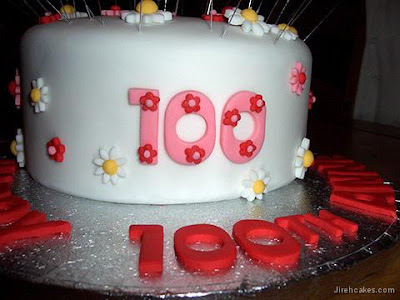 WOHOOOOOOO! FINALLY MY 100TH POST IS HERE!
I am so excited cause I really did not believe I could write 100 posts. One of my biggest flaws is that I am a quitter, inconsistent and get bored really easily. I was scared that blogging would be one of those things I would start but never finish(eg fencing, swimming, yoga, pilates, French to name a few). I love experimenting with new things, but I never follow through. It is actually my new years resolution, that and saving money!
Blogsville has become a 2nd home to me, I have met loads of amazing and talented people, learnt so many new things, enjoyed many debates and even inspired a couple of my friends to start their own blogs. I love it!
I am paticularly grateful to some bloggers who have been consistent followers, commentators and friends. They also happen to be my fave blogs that I follow! Sorry y'all if I dont comment, I'm usually lazy, and dont check constantly. Trust me I've read all your posts!
Myne Whitman, one of my most consistent followers, and a very talented writer. I have an interview with her coming soon!
Scribbles, a truly funny, down to earth guy that has become a good friend and male relationship advisor!
Sweetness, one my old friends from sec. school, and as sweet and innocent as her name, with an overactive imagination!
Juiceegal, one of the most popular bloggers and a twitter addict!
Azazel one of the most consistent and intentionally controversial bloggers, very smart and cool dude
Sugabelly, speaks for itself
Leggy, a captivating writer, I never skim read her posts as impatient as I am, its that good!
Big Thank You to Fierce, Nice Anon, HisTresure, SugarKing, David, MsDufa, Miss FlyHigh, Miss Fab, Bubbles, Fabulous Scribbles, Dith, Yinkuslolo, Blogorratti, Ladi and the first blog I ever read Naijablog.
I really miss Afrobabe,
RocNaija-OMG am such a roc groupie I would get a tattoo of roc! he embodied everything a blog should be, funny, creative, extremely sexy and leaving you wondering where the truth ends and fiction begins. When I started he was a regular commentator and I loved the way he showcased the writings of new bloggers! Please come back!
Babaalaye- Classic Naija blog oh, one of the 1st blogs that wrote in broken english and was completely unpretentious! Such a funny writer with loads of wit and sarcasm!
Mr FineBoy-Classic. He was gone before I started blogging but I have read all his archived posts. With classic posts like this, how can he ever be replaced?
I wonder when I am gone if u guys will miss me like this..........mmmmm..........?????
I have to say a big THANK YOU to my alter-ego S.B. She is the co-author of the infamous Cash or Credit series (which got published on BellaNaija last year) and one of best friends. She's my critic, editor, listening ear, and most of all advisor. Thank you for your patience when I am being a pain the ass. I love you boo.
Who knows, we just might have another series brewing up to be served to y'all.........what do you think??
Thank you to Miss L.C, my naij gist blogger. More posts from her are coming this year.Thank you for encouraging me to blog, even when I didn't want to.
To all my other anonymous readers, supporters, cheerleaders and dare I say it "fans", too many to mention, thank you all so much. Your encouragement has turned blogging into more than a hobby for me, because I am re-considering a career in journalism. Please keep the love coming. 2010 promises to hold even greater things in store.
I was going to answer questions that y'all have but I am NOT happy with the questions u guys have sent oh, so I am giving y'all another opportunity! Come Hard guys! Don't disappoint me biko! Snd to bukky.bolarinwa@gmail.com
LOVE U ALL
xoxo
Miss B
Posted by miss b at 01:31 22 comments:

Is Covenant a University or a Primary School? 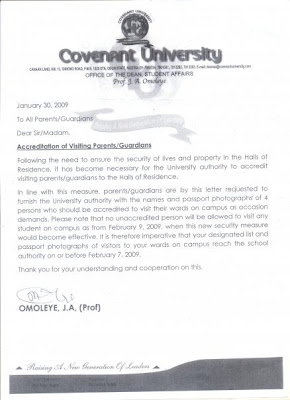 I just saw the above on a post my friend did on F.B. I have alot of friends from Covenant university, and I am sure they do a fine job in the education department. But it is supposed to be a UNIVERSITY for God's sake, an institution of higher learning, not a freaking 10year old primary school. Like what the hell???
Now I understand that it is meant to be a uni with a religious affiliation, but what is caging curious and hormonally charged adolescents in, not having phones, not talking to boys and taking hiv tests before graduation have to do with education?
The truth which they seem so painfully in denial of, is that if people want to be good they will be, same way if they want to be bad, all the restrictions in the world will not stop them.
One of the most important aspects of university is growing up, getting independent, learning how to cope in the adult world, meeting new people, trying new things, experimenting with alcohol, drugs and all the vices in the world so you can discover who you are as an individual. Uni days have been the most exciting part of my life, and I would do it all again in a heartbeat.
None of my cov uni graduates share this sentiment, they all could not wait to leave, and hate re-living the experience.
When they leave the uni, they will still do all these supposed "bad" things so what are they really achieving? Right now, probably the award for the most expulsions in the world.
All these "rules" just promote hypocrisy in an already all to hypocritical society. And if there's anything I hate its hypocrisy, especially religious hypocrisy. I thank God for having liberal parents, who showed me that being religious and being a good person are two completely different things, and the latter is far more important.
Unfortunately, if Nigeria's university weren't so fucked up, we wouldn't have to deal with all this crap. At the rate things are going, in 50 years, everyone who can afford it will go to a private university, just like secondary school, cause they are springing up everywhere.
And if this is the bull they are feeding them, safe to say my kids will be schooling in Ghana.
xoxo
Miss B
Just 1 more post till my 100th! Woohooo! Am sure u knw d drill by now!
Posted by miss b at 23:57 36 comments:

Banning Islam4UK is the Wrong Move..... 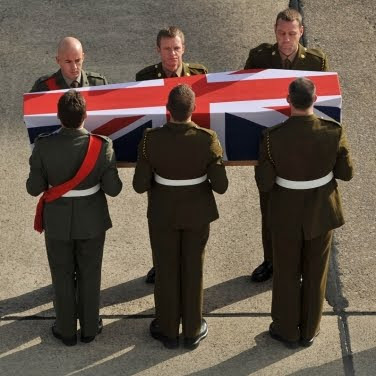 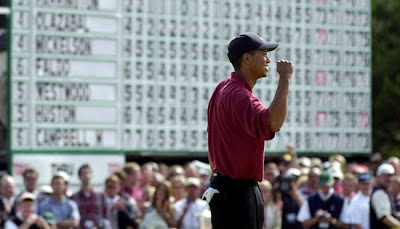 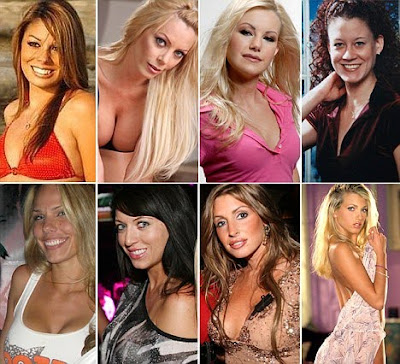 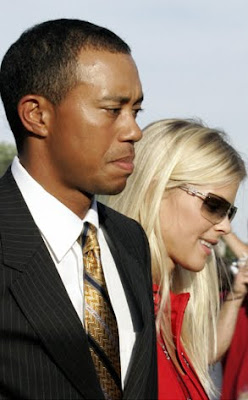 The Reason Some girls stay single....

I just heared the funniest thing ever. I have been laughing none stop for 30 minutes. The guy obviously has some psychological issues. Enjoy

The story is this: a girl was out with friends having drinks in Toronto. This guy approaches her and won't leave her alone -saying how cute she is. She finally gives in and hands the guy her business card to get rid of him.
The attached is an MP3 file of not one, but TWO voicemails this guy left. This goes down in the history books - especially the second voice mail.
After hearing them you can clearly see why she didn't call him back - instead she called in to the Z103.5 morning show & had them play this on the air.
Ladies: He is out there... :)

http://melodymaker.posterous.com/the-reason-some-girls-stay-single-very-funny#
Miss B
Looking forward to my 100th post, send your questions to bukky.bolarinwa@yahoo.com
Posted by miss b at 00:28 16 comments: