Osaze Oyakilhome angled the light of the lamp to the couch, stared at the flushed expression of his brother and the red face of the girl avoiding eye contact and knew exactly what he had interrupted. He was glad he decided to weather the storm and make his way home in the end…this should be an interesting evening.
“Aren’t you going to introduce us?” he asked with a cheeky grin
“I believe you are capable of introducing yourself” Esosa responded. Osaze smiled, his brother was still upset over their argument earlier today and so was he as a matter of fact, which is why he was going nowhere despite the looks Esosa threw at him.
“Hi I’m Osaze. Esosa’s younger brother. I live here as well” he said in his most charming voice
“J-Jennifer” the girl stuttered. He took her hand, felt the soft palms and wondered where his brother found this ajebota from. She didn’t look like she had ever known suffering. All three of them exchanged looks, the lamp casting shadows on their face making it appear they wore masks. Osaze simply hopped over and made himself comfortable. Snuggling right in and kicking his shoes off he lay facing them. Making it obvious he was staying put.
“Osaze” Esosa said in a serious tone
“Oh sorry broda” he replied and got up to place the shoes neatly by the door, returning back to his position and settling in with a “hmm”
“Perhaps we should turn on the gen” Esosa suggested
“Ah ah who are you trying to impress. Generator only comes on at weekends” Osaze said in their native tongue. Jen hid a smile
“Jen is from Benin” Esosa said, annoyed that she had to hear that
“Kóyò” Jen said greeting him hello
“Oops” Osaze said not looking embarrassed at all
“Whereabouts?” he enquired and Jen responded. “This is our sister now” he chuckled to Esosa who didn’t smile back. It appeared his brother still thought he’d be venturing out into the rain.
“Vbè ore 'nì rue?” Osaze asked
“Jennifer” Jen responded, hoping he wouldn’t ask for her Edo middle name so he could tease. Osaze shook his head and smiled
“érhá” he asked with a determined look, asking for her father’s name. Jen, for her full name- Jen volunteered thanking the Lord for the millionth time that her father wasn’t involved in politics.
Osaze looked like someone who was angry at the world, Jen was very observant and it appeared with every question he asked; however innocent- he was judging.
“Ób’ókhían” he greeted her
“Ù rú èsé” she replied
So far, from his charm it appeared she had passed, but still it was a little cute to see someone looking out for Esosa. Even if he didn’t appreciate it, sitting on the reading chair sulking like a boy who had been denied a treat.
She easily relaxed with Osaze, and forgot that a couple of minutes ago her bra was about to be unhooked by his brother on the very couch he now lay on.
“Have you been given a tour?” he asked
“I still say you got the better bed” Jen leaned in and whispered.
“Oh definitely” Osaze agreed patting a cushion of the couch
“If it wasn’t raining cats and dogs I’d have shown you the piece de resistance?”
“Oh Esosa’s shown me the balcony” Jen said with an inviting look to Esosa to join in the conversation
“Really! You are the only one to comeback alive then” Osaze teased
“What can I say? My chi is strong”
“You are from a good breed” Osaze mimicked a typical Benin man and Jen laughed her head off. He did a couple more and soon Jen was grabbing her stomach in stitches. Jen relaxed completely in his company and decided to leave Esosa to his own devices so he could cool down a bit.
Osaze couldn’t be anymore different from his older brother. He was blessed with charm right from the onset and Jen was enjoying his company like it was originally her plan to visit him. She could now correlate the restless explorer in him with the lead character of his favourite book. They spoke about Gulliver’s at length and Osaze confessed that he always wanted to travel the world. He told her he was studying English at UNILAG because it was his dream to be an English teacher in someplace foreign. Jen asked where? Osaze said it didn’t matter but he wouldn’t remain in any one place for longer than 18 months at the most. He probed Jen for where she’d been to and Jen replied not that many places. As comfortable as she was she was not as unbecoming as to play the role of middle-class baby and rattle off the countries on her passport. So she told a white lie- stating her only destinations as England where she schooled and next door Cardiff where she once vacationed.

Esosa stared at the pair of his brother and Jen already annoyed that he had to come interrupt. He watched Jen sway as Osaze reminded her of folk songs she had not heard sung since she was a child, they laughed over stupid things and Esosa just prayed for the rain to stop so he could kick his brother out. Osaze had always been easy around people, growing up he was always defended by his older siblings and had learnt to get by on his charm, and this unfortunately had rendered him lazy. So lazy that he had yet another carryover from one of modules at University this year. Again. Esosa couldn’t understand why the boy did not apply the same work ethic to his books that he did to forming friendships with people he just met. His truancy and repeated number of skipped class lectures had gotten them into an argument just this morning, Osaze wasn’t rude; he wouldn’t dare, but he still managed to come off as flippant before leaving on an errand that he claimed would take hours. Esosa merely assumed he would spend the night with a friend sending a text to say he would be home the next day. But here he was home early, and treading on a private moment between him and Jen just to fluster him. It was moments like this that made Esosa reflect. Esosa tired of playing the role of father and brother to him, it was difficult to be stern on one hand and then ask for privacy the next so he could spend some alone time with a girl, but he promised his stepmom- Osaze’s birth mother that he would care for her son and that is what he intended to do.


She had fallen for Esosa Oyakilhome. 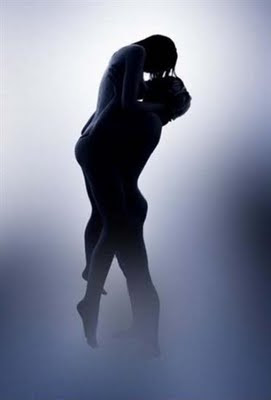