Of Marriage and Ownership....

I came across this excellent article through Sugerbelly on Next (where I hope to write for some day) about the concept of women changing their names after marriage. It is apparently not a Nigerian culture at all, rather a Christain one, that like alot of other things, has now become part of our mordern day culture. The questions of ownership, control and chauvanistic egos arise once we start looking in depth at the institution of marriage in Nigeria as it an inherently one sided affair.
Personally, I have never given the matter any thought until I read the article. I guess I assumed I would change my name once I got married or get a hypen with my maiden and married name, but I have never seen that as meaning I am any less my own person, or loosing my original identity by adopting his. Afterall, my current surname is my father's which my mother adopted, and my father's mother adopted as well. So any concept of ownership are lost because, although I am claiming not to belong to my husband by changing my name, I am still claiming to belong to my father thereby loosing any feminist points.
Women like Angelina Jolie and Jenifer Aniston, both married to Brad Pitt, but never adopted his name have brought this issue further into the light, but to be fair, hollywood has alot of issues that mean they have unique considerations that do not apply to us mere mortals!
At the same time, great women have been recognised on their own merit regardless of adopting thier husbands' name. A good example is Winnie Mandela. Although she is the ex-wife of Mandela, she never changed her name after the divorce and is still respected based on her own achievements. 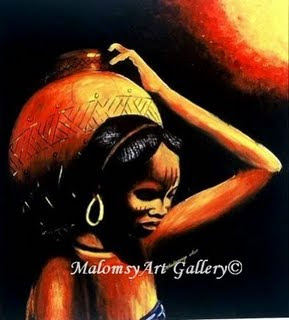 I guess at the end of the day, it is left to the dynamics of the couple in question. If a woman feels the need to keep her surname, then I salute her for that. Normally I am feminist, but on this issue I do not really see it as proving any points.