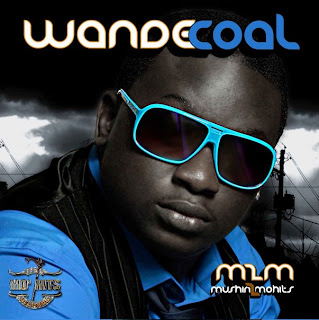 Anyone who knows me knows i cannot live without music, I'm constantly looking for something new and the next big thing, and will tell u what i think about them......

Disclaimer-views expressed are strictly personal so if u dont like it..........sue me:-)

This is the much expected debut album of rags to riches crooner W.Ceezy! What he lacks in looks he more than compensates in vocals and charisma. The production is EXCELLENT, and u can see Don Baba J's influence on each track(which they let u know every single time). Its mostly up-beat, party songs, which is quite disappointing as i was looking forward to more Ololufe type love tunes. The lyrics are original and down to earth no forming at all.

Best Tracks-
*Bumper to Bumper
*Taboo,
*Bananas,
*You Bad,
*Kiss your hands feat Ikechukwu
*Se Ope(Religious song with an amazing upbeat tempo which I lovee)
*Its all Gone(he sounds so janded on this)
*Who Born the Maga
*Jehovah(amazinggggg beat)
*Confused feat D'banj- Not crazy abt that lil voice that sings the chorus(like akons Lonley) but D'banj KILLS it(as per usual)
*Ten-Ten feat Mohits crew
*Ololufe-Need i say more, one of the best naija love songs

Not so great tracks-
*I know you like it-beat is annoying although lyrics are ok
*Se na like this -annoying beat, and preaching about corruption and how we can fix naija etc, why do artists feel the need to have a track saying we shld be one nation and all dt rubbish, u r a singer so just stick dat and leave the politics for Yaradua sheeesh!
*Thats whats up-jst a braggy song abt hw much money in d bank, champagne poppin, nt really his style,
*On my Grind-ok ds song is not bad apart from K-switch and D'prince on it, these guys are WACKKKKKKKKK!!! OMGGG how d hell are dey on Mohits?????? d flows are sooo weak i think my grandmother can rap better than both of them combined and she doesnt even speak english!!(allow d haterade)

Overall its an excellent album you can listen to over and over again and not get tired of his voice(because he switches it up all the time and features a number of top artists). One of the best albums of the year so far! Cop yours! xoxo
Posted by miss b at 22:28