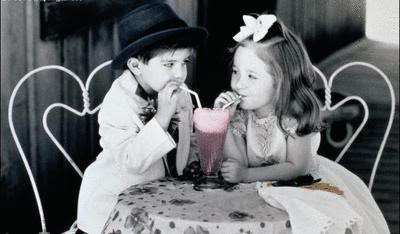 For most women, our picture perfect future family life was born long before we wore our first sports bra or walked in our first proper pair of heels or decided to take an obsessive liking to strawberry flavoured lip balm(not gloss). It started from Barbie and Ken.

We as women were sold the fantasy of the ever prim and gorgeous woman sitting next to her equally dashing man in their red convertible(not a space bus). Then the romantic comedies (Jlo in wedding planner) only came to re-enforce our fantasy.....

But now reality has set in, and a choice has to be made between the man who is real or the man who feeds you your fantasy.
If you are still wondering what I am on about, I'll try to explain. There are two types of men you meet on the dating trail. The suave cultured man, who is well educated,well travelled, dresses the part, says all the right things, takes u on amazing dates,makes all the right moves and never has any concerns in the world. With him its always good times,this fella is often called the "Fantasy man" or F.M!

Then you find the second man,who either out of naivety or non cha lance shows you his bad eating habits, is uncultured, poorly groomed, not as knowledgeable about continental dishes talk less of romantic dates, and more often than not complains about one issue or the other. This could range from office politics to financial troubles.This fella we will call "Mr Keeping it Real".

As always I took my enquiry to town, and as expected the responses could be put into groups. We had the pro fantasy group which consisted of women under 25, who argued that just cause the man can handle his business doesn't make him any less real than the trouble criers, and that if probed deeper you would find that these men were often better man-friends cause they are people that like to take charge of situations,and that women who tolerated Mr Keep it real were merely settling. However they also agreed that those men also never wanted to listen to their own problems either.

Then we had the pro keep it real group, who attest to the fact that his honesty about his flaws is a true show of how much he holds you in regard, and wants you to know the real man, and that its preferable to date this man who is at least honest about his inadequacies from the beginning than to go in and receive a massive character shocker from Mr Fantasy. This group mostly comprised of women above 27, although you could find a mixture of both in age brackets.

This obvious age characterisation, got me thinking that our choices as women differed based on our age, that as we get older,the more responsible even our dating choices got. When we were younger,we focused more on the physicality of a man,his looks,his physique and his popularity amongst our friends. Then as we get older our priorities change and we focus more on his character formation and our tolerance to his inadequacies.

With this taught process in mind, could it be said that Mr Fantasy is only a figment of our immaturity or does he really exist?
And would you say settling..oops...accepting Mr Keep it Real is a sign of a woman's maturity in choices.
These and many more of its like, are the questions that keep me up at night.
By Miss L.C
Posted by miss b at 19:03